WRTC 2002 was held in Helsinki, Finland. A major innovation in Finland was a near-real-time scoreboard publish on a web site during the event. On-site referees at each WRTC competition station used cellular phones to send their station’s running contact totals and score to a central database each hour. The scores were published during the event on a web site that listed only the call signs of the operators at each site, not the randomly assigned special-event call sign being used on the air.

WRTC 2002 in Finland unofficial song book. You find it here on WRTC.info. Have fun! 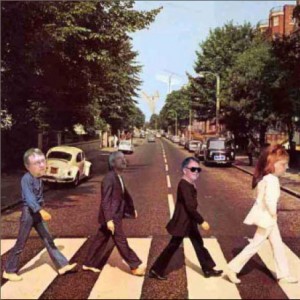 The inspiration for the songs in this book came when it was noted that Jim Neiger, N6TJ, is now 64 years old. This motivated Doug Grant, K1DG, to write the parody of the Beatles’ “When I’m Sixty-Four” and dedicate it to Jim. Doug shared his work with a few of his friends including fellow WRTC2002 competitor Andy Blank, N2NT, and Referee Ward Silver, N0AX. They added a few songs of their own, and in a few short days, the works you read here emerged. Cover art was contributed by Phil Koch, K3UA. END_OF_DOCUMENT_TOKEN_TO_BE_REPLACED

The World Radiosport Team Championship – WRTC in short – represents a large gathering of the world’s best in radio traffic – as selected nationally – coming from some 35 different countries in the spirit of competition, using the same playing field and allowing pure skills to determine world champions in two-man team, 24-hour nonstop competition in Helsinki, Finland. END_OF_DOCUMENT_TOKEN_TO_BE_REPLACED