The first WRTC was conducted in Seattle, WA in July 1990 at the same time as the Goodwill Games.  Developed and hosted by a team of Seattle-area contesters, WRTC-1990 was independent of  the Games but brought contesters together from around the world in the style of Olympic athletic events. One of the highlights of the event, helped by the association with the Goodwill Games, was having radio operators from the Soviet Union visit the United States.

The Seattle WRTC was the first time that contesters all competed from the same general location in a world-class event, rather than from their home stations.  Minimizing the geographic variation unavoidable in a world-wide competition, WRTC enabled operators to compete on the basis of team skills in a common setting.

The actual competition was held on a Friday in a contest that was created just for WRTC. Teams of two-competitors operated one radio together as a team. All of the stations used  by the WRTC teams were located at existing amateur radio stations in the Seattle area. Not all of the stations were in equally advantageous locations, and some had more desirable callsigns than others. In addition to the two team members, a referee was present at each station to monitor compliance with the WRTC rules.

This article about WRTC 1990 was written by Rich Assarabowski K1CC. It gives a great overview of the original WRTC experience.

Rich said, “I recently pulled out a file with all kinds of memorabilia from the event and found an article that I had written about my experiences, shortly after returning from WRTC. It has never been published and I forgot about it all these years.”

Paolo Cortese, I2UIY was a competitor at WRTC 1990 in Seattle. He wrote a two part article in the December 1990 and January 1991 issues of “Radio Revista” magazine about the WRTC experience.

The articles are written in Italian. Thanks to Stu N7ZZ for providing the scanned copies.

END_OF_DOCUMENT_TOKEN_TO_BE_REPLACED

K1AR and K1DG operated N7MJZ/WG to victory in the first ever WRTC in 1990 in Seattle. The audio files are made available by Shane K1ZR for your listening pleasure. They are converted from tapes to wav-files. 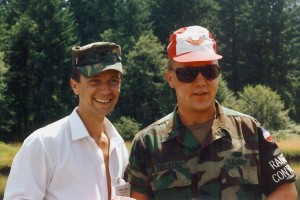 Willy, UW9AR, swapping hats with the US Army Ranger 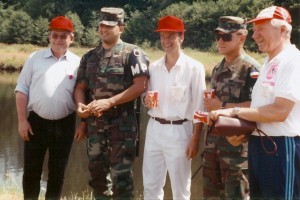 Here is the pileup file created by N0SS(SK) that Stu, N7ZZ ran on the boat trip from Seattle to Tillicum Village on Blake Island for the participants in the first WRTC Goodwill Games. It was a tape created for the Dayton which N0SS donated to add to the fun. Who copied the most calls is unclear so if you have more information on this event please send us an email.

Thanks to Stu Hoar, N7ZZ for this piece of history

There was press coverage of WRTC1990 in local newspapers.

Local Resident “hams” it up for Goodwill Competition, The Edmonds Paper

Articles about WRTC 1990 appeared in these ham radio publications.

In this first ever WRTC, the competition was held on a Friday. This meant a special contest had to be created so there would be stations for the teams to contact.

This pdf file contains the official results of the 1990 World Radiosport Team Championship. This includes the Team results, but also all of the scores of stations around the world that contributed their log for the competition.

There was some doubt if the WRTC organizers would be able to get permission for the Soviet hams to be able to operate in the USA. The permission was received from the FCC just days before the event. 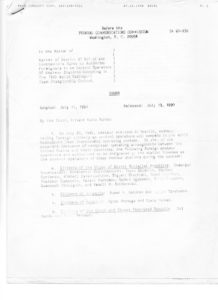 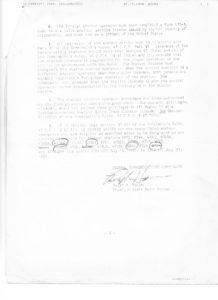 This document contains a list of all of the participating teams and the organizers that helped make the event possible.